5 Outfit mistakes that will ruin you look

Trousers too long or too short

This is a pretty common mistake a lot of men do, not only during the wedding season. They often don't know what is the proper lenght of trousers and it usually ruins the whole look. When trousers are too long, they create ugly creases above the shoes. Which doesn't look good at all. The other extreme is when trousers are too short. It looks funny and unflattering.

Trouser should drape nicely along the leg without any creases or folds. So the best lenght in most cases is, when the bottom of the hem is just above the shoes.

This also applie for jeans and chinos. 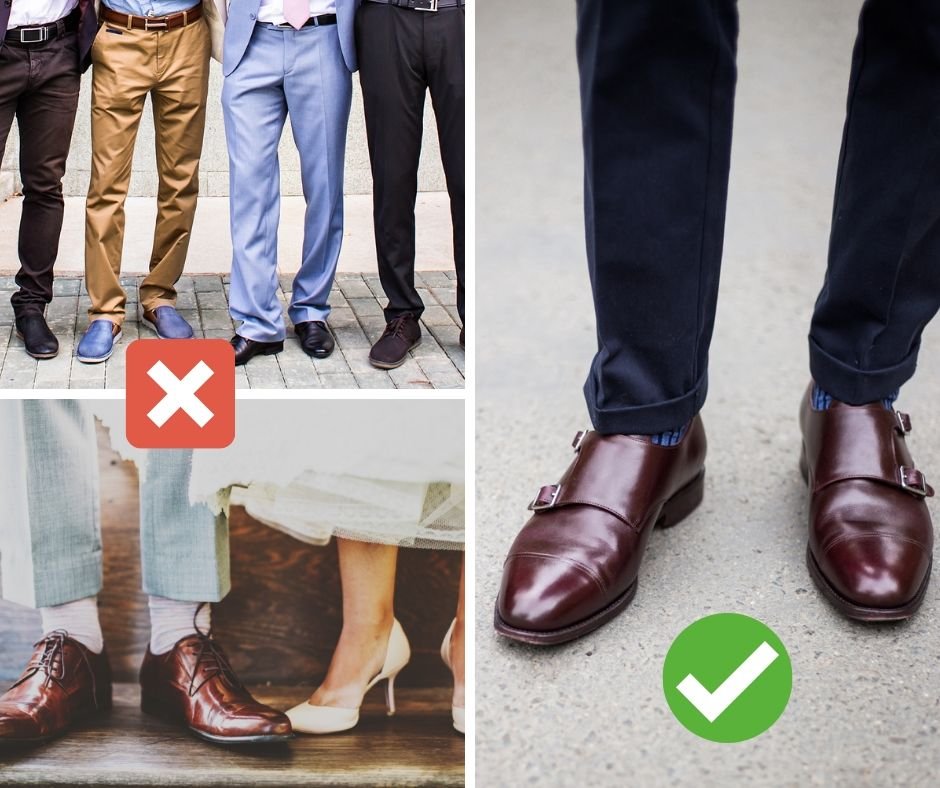 Suspenders (or braces) were originally part of underwear and were worn under shirts and not revealed in public. Their only function was to make the pants stay in the right place. Although this fact still stands - suspenders will keep your pants from falling down - they are now widely used as a stylish accessory. Highly popular at casual rustic weddings as a go to accessory for the groom and groomsmen, braces are also worn in classic sartorial outfits.

The problem is, that men sometimes choose to wear a belt simultaneously. Suspenders have same function as a belt, so it doesn't make any sense to wear these two items together. As if you were riding a bike with roller blades on your feet.

Don't make this mistake. You must decide. Wear suspenders or belt. Never both at the same time. 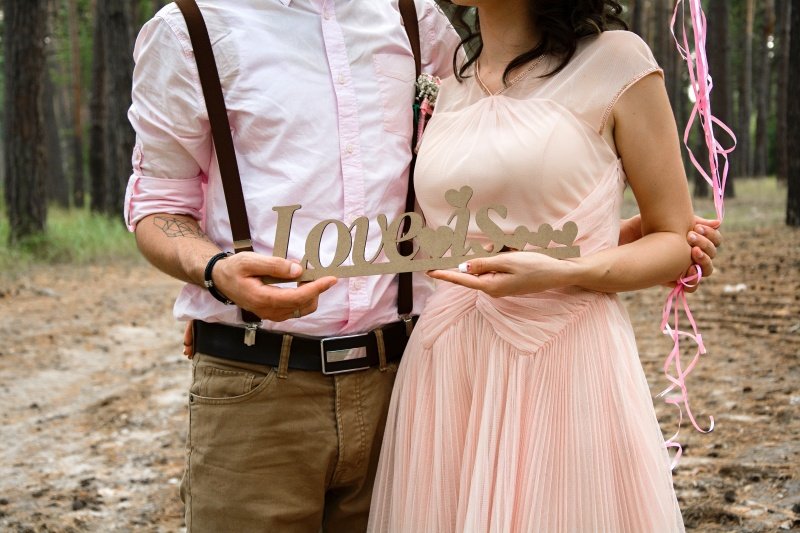 How long should your necktie be? If you stand up straight, your tie should just reach your belt buckle. That's the universal rule. If you tie your tie too short or too long, it just looks silly. 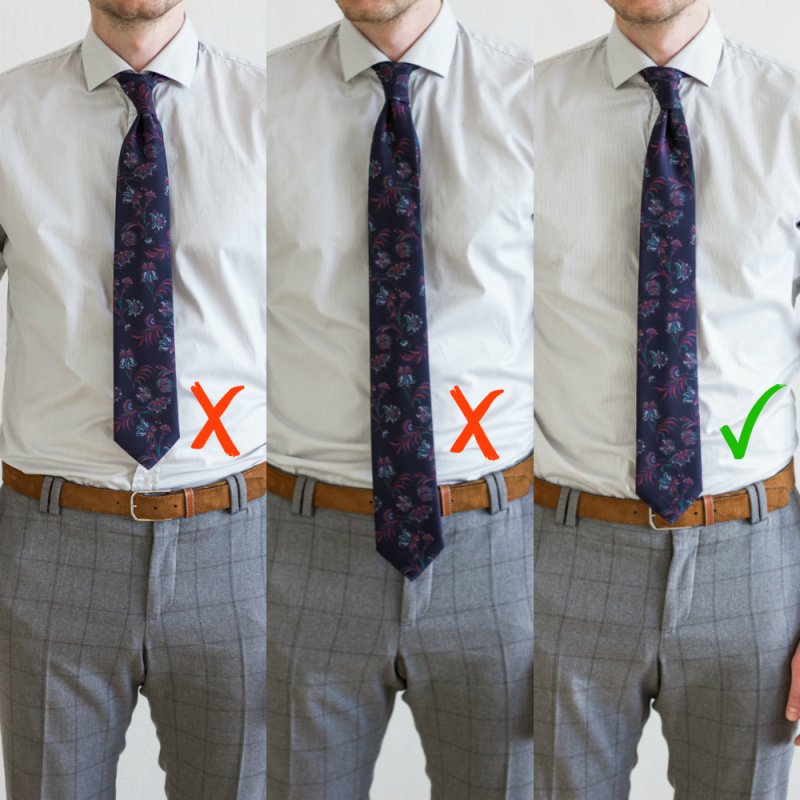 If you didn't know this, on the suit with two buttons, bottom button should be left undone. That is the rule.

And why is there a button, when it should not be used you ask? The tradition dates back to King Edward VII. who wanted to honor the military riding jackets and wanted to continue this tradition also with upcoming new modern jackets.

The other reason often discussed, is that King Edward was so fat, he left his button undone to feel more comfortable. Out of respect for him, eventually everyone stopped fastening their bottom button too.

No matter which of these sayings is true, modern suits and jackets are made with the intention not to fasten the bottom button. 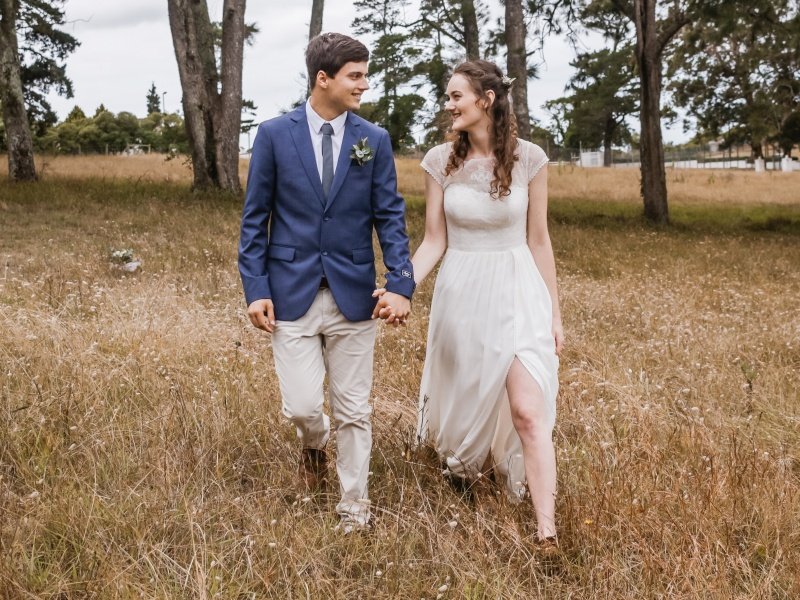 Suits or jackets bought of the rack usually come with tack stitching. This temporary stitching on the vents and inside the pockets is there to make the production process easier and to protect the garment during transport and manipulation in the shops.

Make sure you remove this stitching before start wearing your jacket so the vents and pockets are functional. 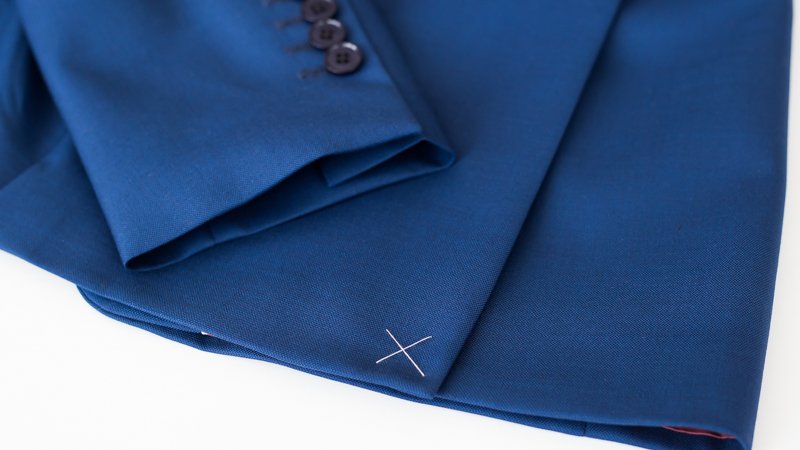 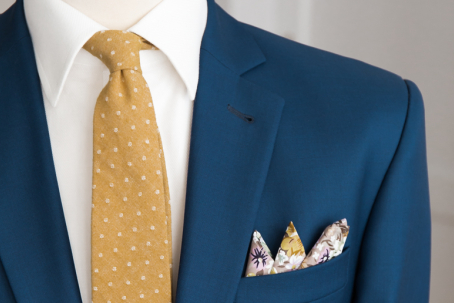 How to match your tie and pocket square

You know how it goes. Your outfit is almost ready but there is still something missing. And that's where pocket square comes in and... 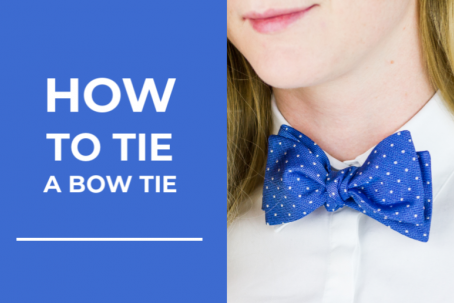 How to tie a bow tie

Tying a bow tie may look complicated, but it's as simple as tying your shoelaces. Get in front of the mirror and with a little bit of... 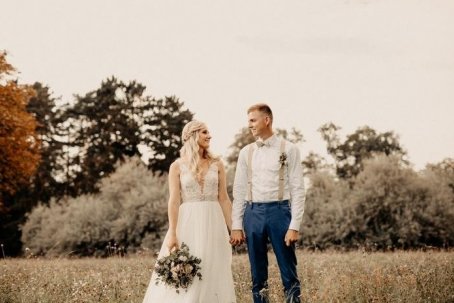 Wedding inspiration from our customers

Get inspired by our stylish customers.